Here is the information you can get:

At each criterion, only equal teams are retained until finally one criterion determines the first team.

When the first team has been identified or eliminated, a second spin must be restarted with the teams tied from the first criterion ton determine the 2nd team if necessary and so on.

A.   The greatest number of points.

B.   The greatest number of victories.

If a team is not present for a match, the number of points for and against games played against it by the other teams should not be considered in the calculation. D. The team that scored the fastest goal in all games played.

In the case of a team that does not show up for a game, not all games played against it by other teams should be considered. E. The team with the most play points. F. By draw.

You can get the final standing.

You will be able to view all standing

You will be able to view the reports in PDF format and you will also be able to export them in Excel format.

It is important to set the information to ‘'Yes’' 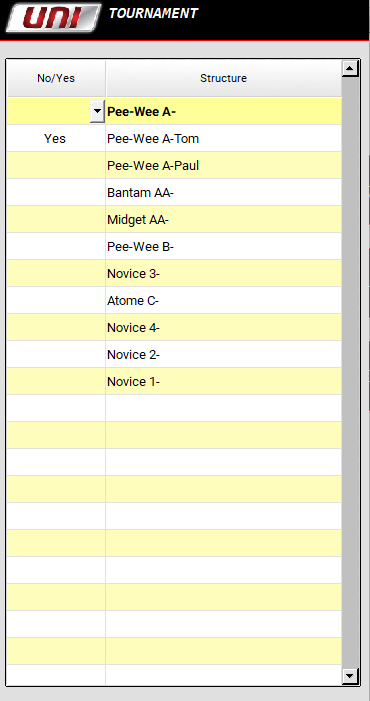 It is important not to select anything. 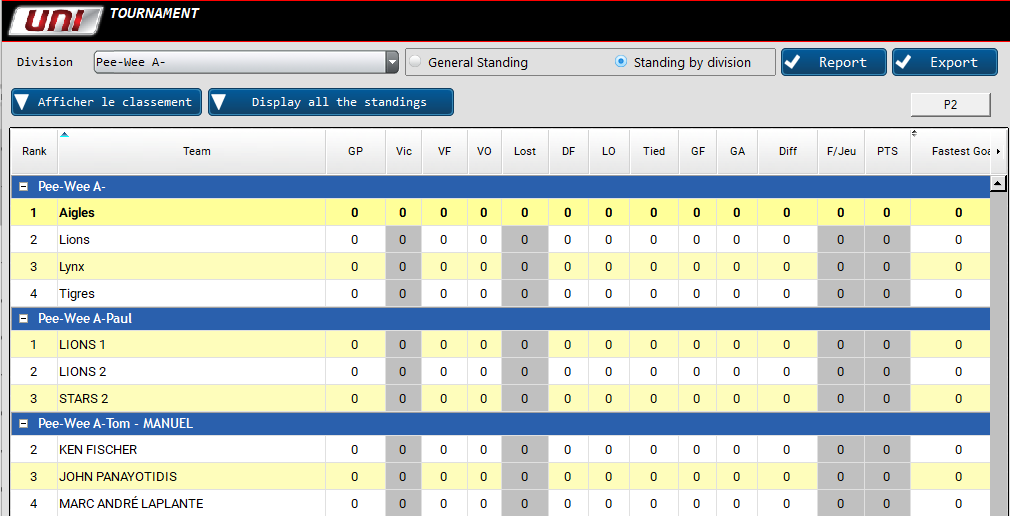 It will be important to select a division to know the ranking. 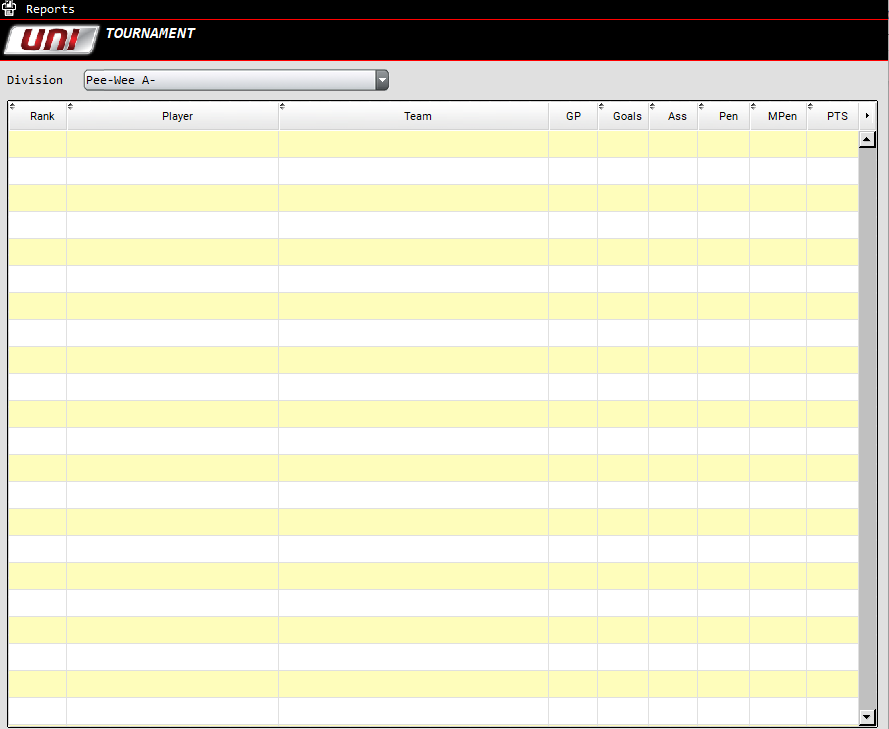 You will need to choose a division to know the best scorers. 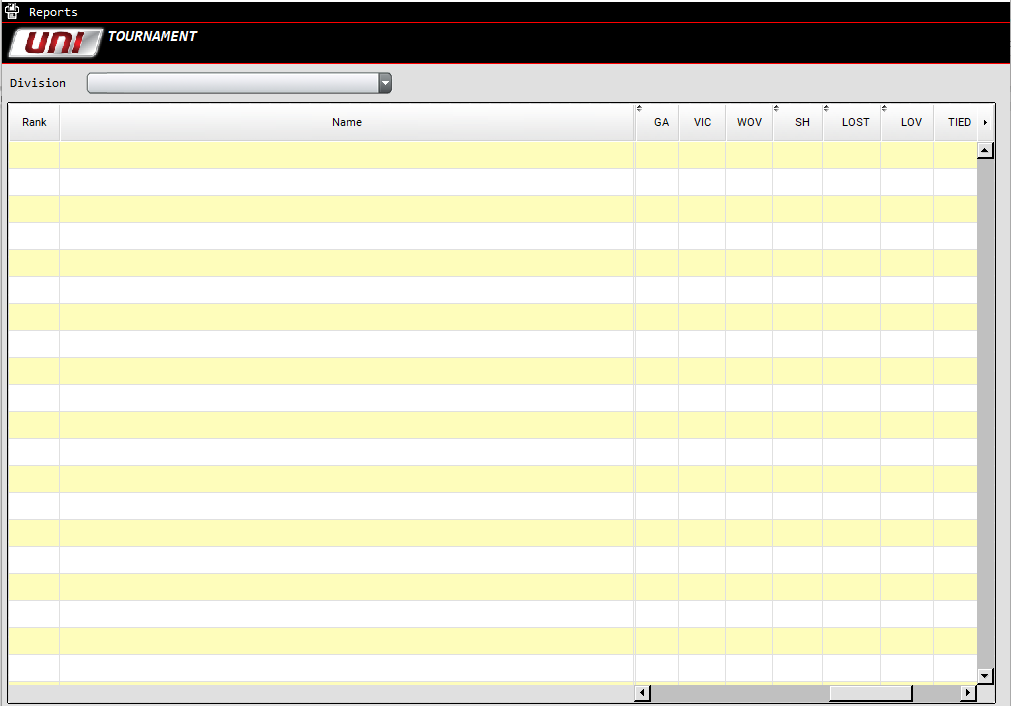 You’ll have to choose a division to know the best goaltenders.

You will know the number of punishments during your tournament.